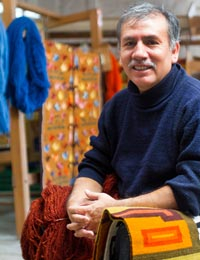 "Our sales have expanded greatly since we began working with Novica and I have been able to support some of my compatriots by offering them a job. Other artisans who used to help me but had to stop working for lack of sales are now able to return to my workshop – thankfully abandoning occupations that did not stimulate their creativity or interests.

"My greatest goal is to continue to educate and guide my children towards fulfillment, knowing that a good destiny must await them. I have three children; for me they represent the continuation of life – and hopefully of art, too. Get 15% OFF your first order when you log in after signing up.